Spring is has fully arrived in Israel. So many beautiful flowers to enjoy. The weather bouncing back and forth between summertime hot and late winter cold. Such a glorious time of the year... in spite of having a pollen allergy. 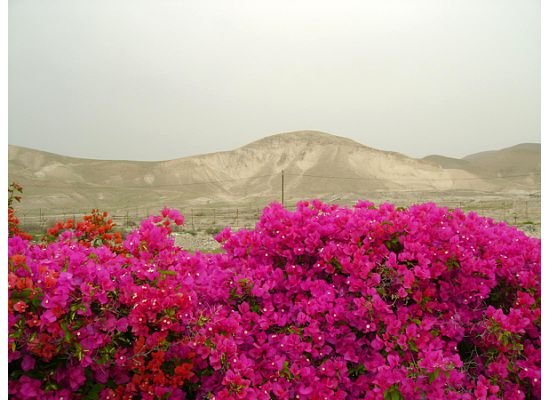 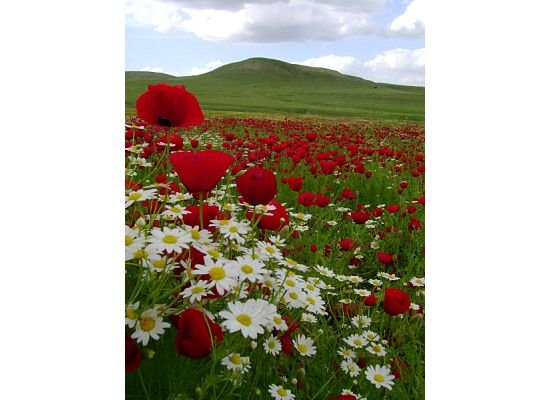 After having a harsh snowstorm this past winter, Spring is especially welcome. This storm wiped out over 10,000 trees. Such a great loss. Now is a great time of year to be planting trees. A wonderful tradition and way to build the Land.

"There are two advantages to planting trees; one – as a future investment. Sometimes people invest their efforts in transient matters, but the Torah guides us to invest our efforts in planting trees in order to root ourselves in the Land through permanent means. The second advantage is that with the abundance of trees, the Land bears fruit that has intrinsic holiness and when the Jewish nation eats these fruits, many other commandments are performed...."
HaRav Eliezer Melammed

We went recently and planted trees with a dear friend from the States. Close by is the Biblical Land Reserve ~ Neot Kedumim. It is a unique recreation of the physical setting of the Bible. Planting trees not only builds the Land but is a great way to celebrate a new life, or the passing of a dear friend. A memorial here in the Land.


Next year will be a year of 'shmita'~ a year to allow the Land to rest. During that year we do not plant trees.This year is the time to re-plant those trees that were lost~ NOW before summertime.

The 2 Spies would like to invite our readers to participate in building the Land by planting a tree (or 2 or 20) There are several places you may donate but we recommend the one below:

Here is their promo video:
https://www.youtube.com/watch?v=n8RrAfWAZjA

What a great day The 2 Spies had yesterday. Yom Ha'atzmaut~ Israel's 66th Birthday. Normally on this day we join with our thousands of Israeli neighbors and have a grand cookout, doing our part to add to the air pollution of the day with our Bar-b-Que fires. Due to a communication glitch and thinking that all the family was headed in different directions, we made plans to head to the army bases instead. 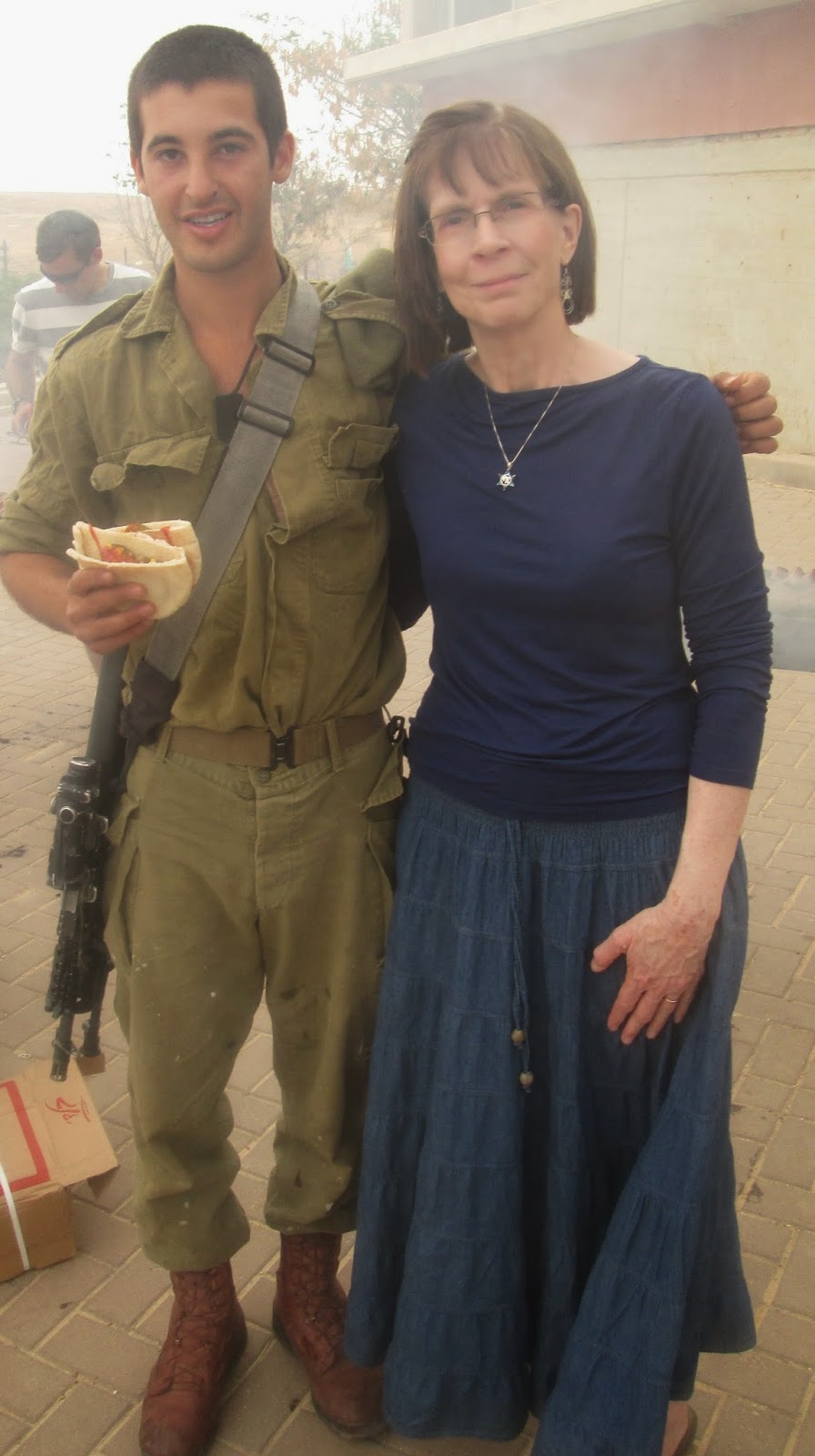 We had a marvelous day with our soldiers. We joined up with Standing Together a non-profit that started by taking pizzas to the soldiers at their checkpoint stations and has moved on to expand to filling other needs. The main focus is the soldier and letting them know that we love and support them. Here is a list of some of the things Standing Together does: 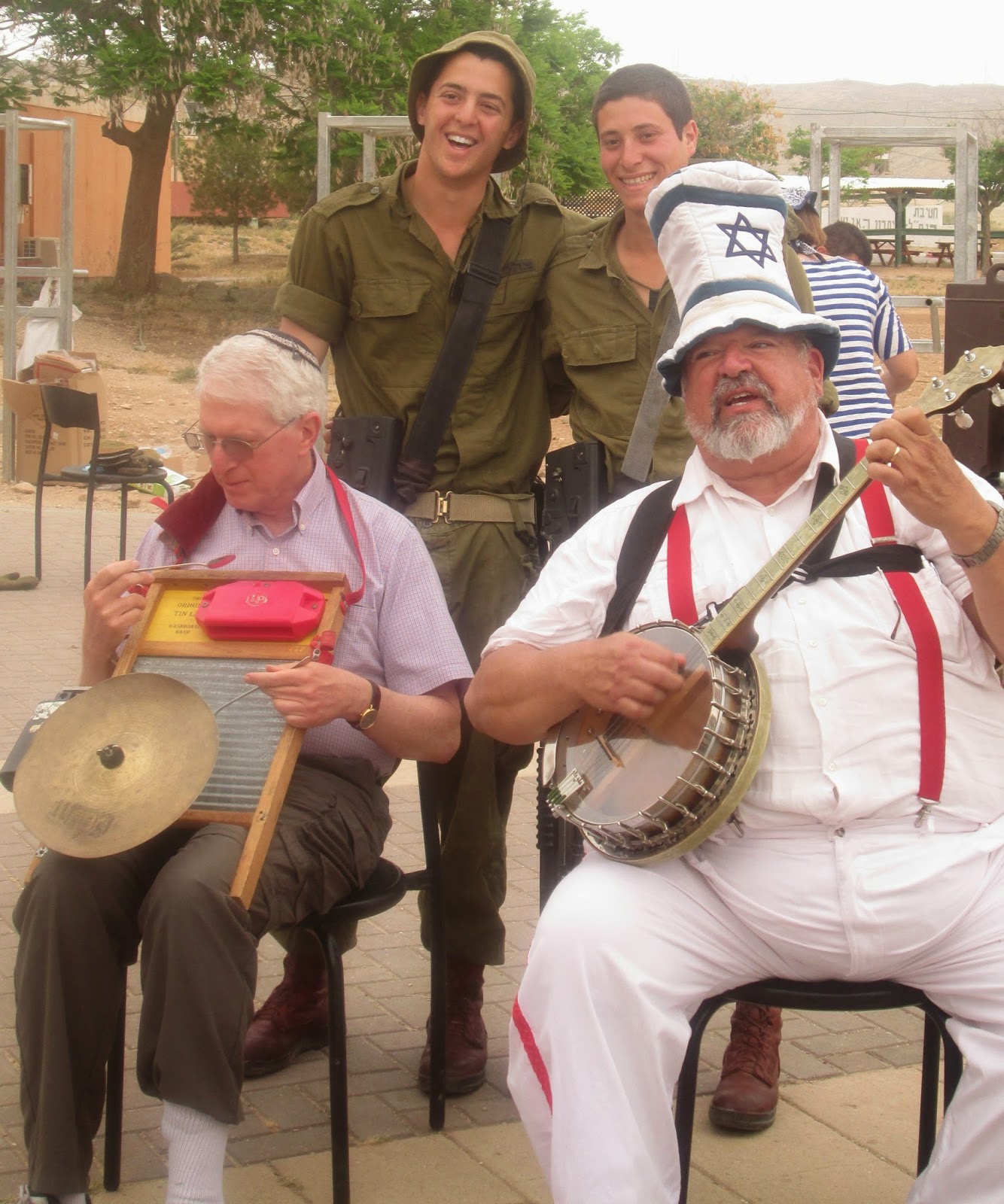 We also joined in with our friend Dr Jazz who plays Dixieland music and entertains the troops.As we stood back and watched all the goings on (and taking photos) we were touched again with what a bracha it is to live here in the Land. To watch 'our' sons just being able for a moment to be 'boys'~ eat lots of food, be a little silly and dance, mess around with the soccer ball and the volunteers children. But all the time we could still see the mantel they have chosen to carry. The burden of being our shomrim.  Their deep dedication to the task at hand knowing they have a long way to go and that they are carrying a great responsibilty on their young shoulders was more than touching for us. It was a great reminder to us who we are praying for and why. A great encouragement to continue to pray for them daily. 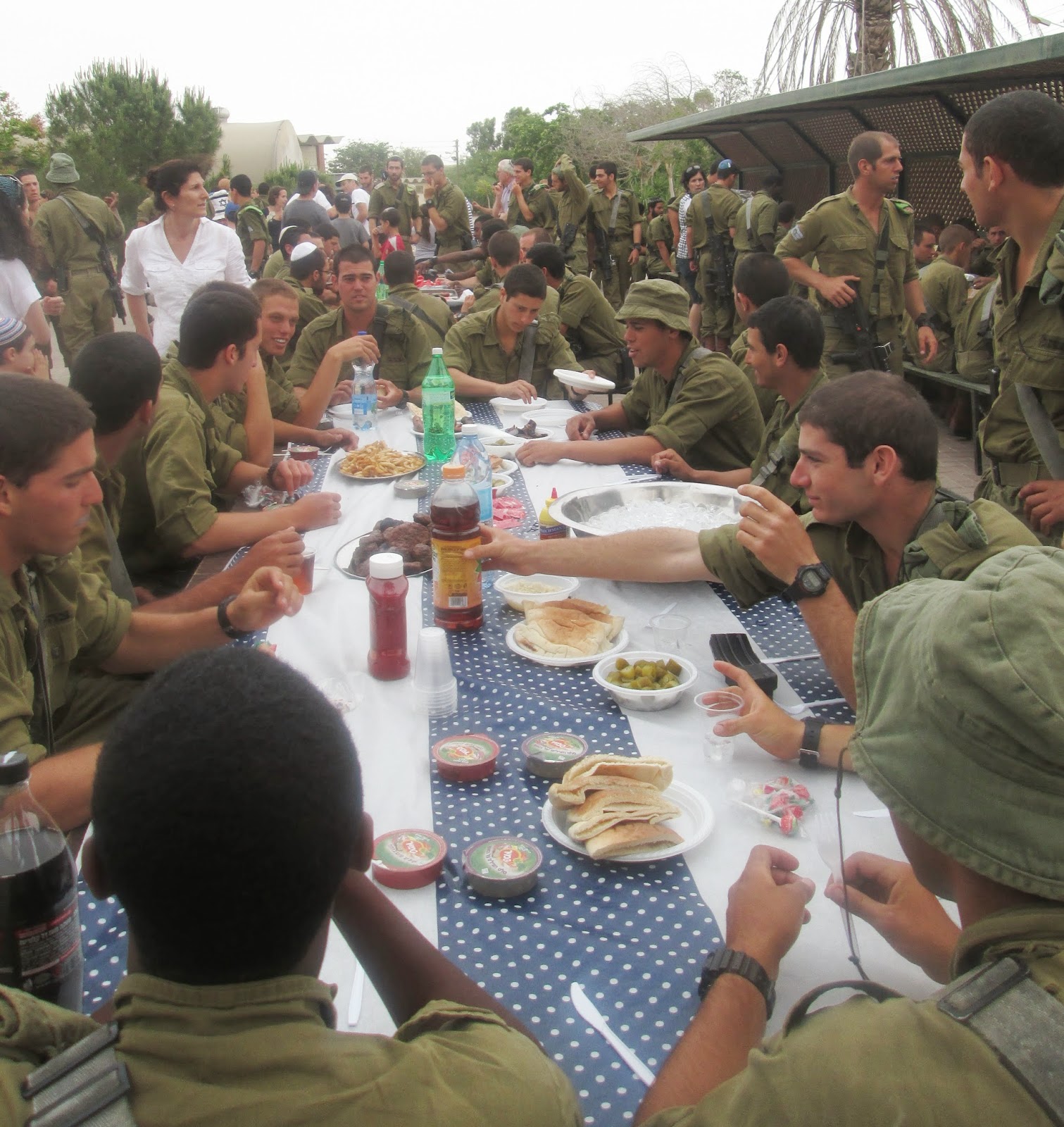 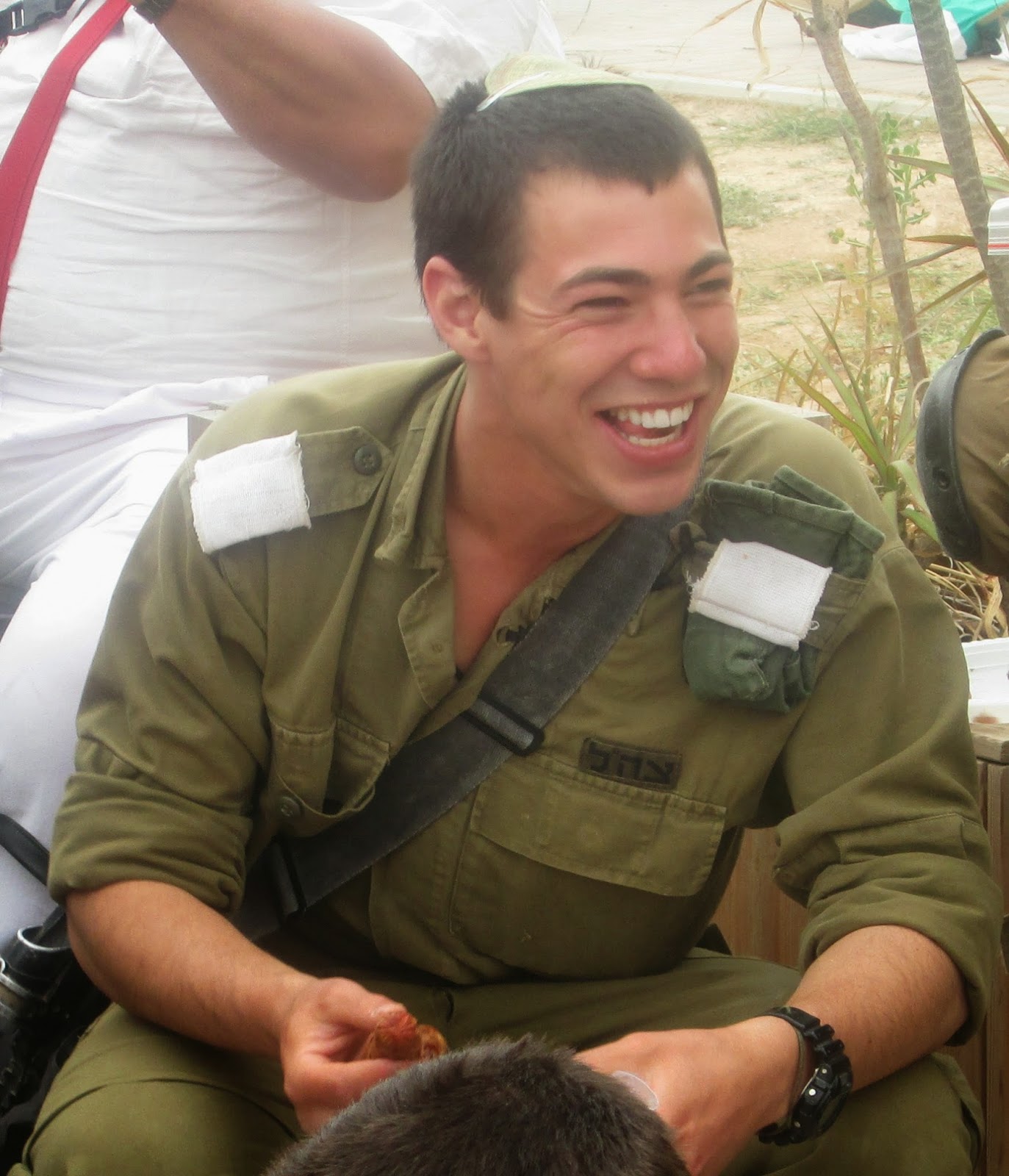 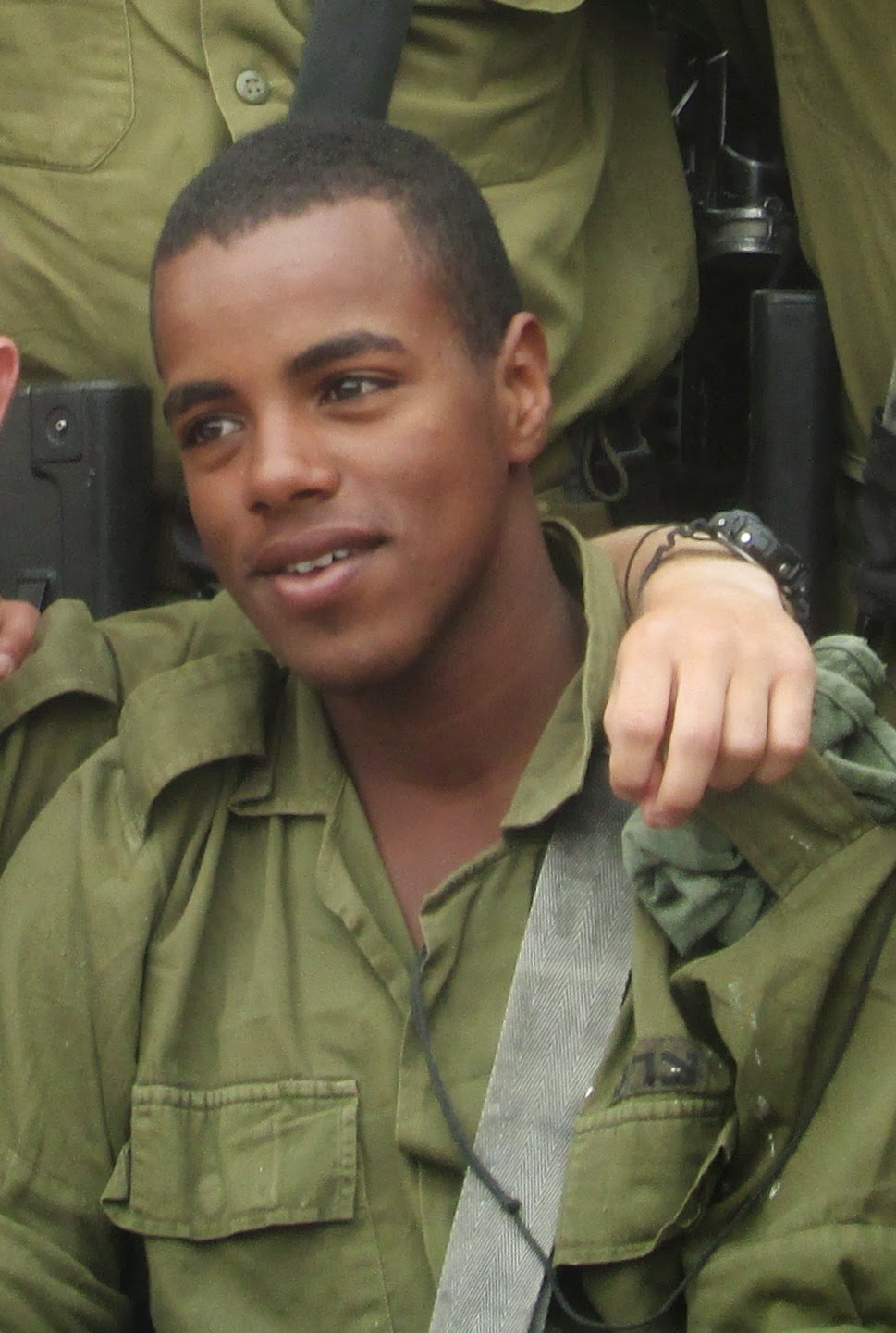 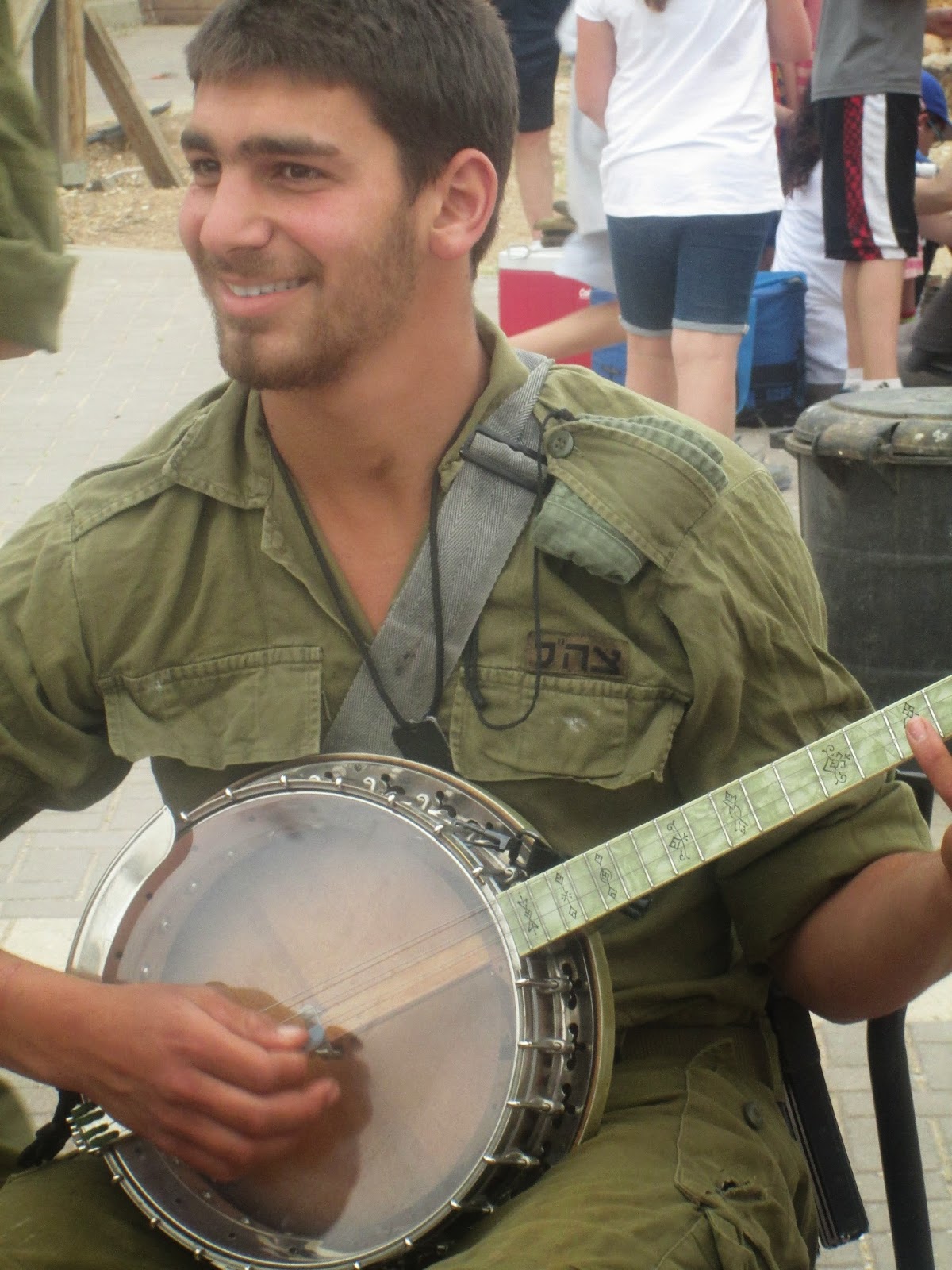 The Subject of History

Tonight begins the celebration of our 66th year as a Nation~ a Jewish nation! What a marvelous miracle we have seen in our lifetime~ like resurrection from the dead. What a joy for The 2 Spies to be allowed to be part of this building and living a Dream. No place on the earth we would rather be.

In learning more about our Home we saw how the vote in the UN was made and found it interesting to hear some of the 'side' details. We thought you might enjoy this also. Be encouraged. Be inspired.

"Whereas for these 20 centuries, we Jews were always the object of history. That is an object where others made the decisions for us.

As of that date (November 29, 1947) onwards we suddenly became again the subject of history. Where we make the decisions for ourselves."

May it always be so~ with the help of G-d. 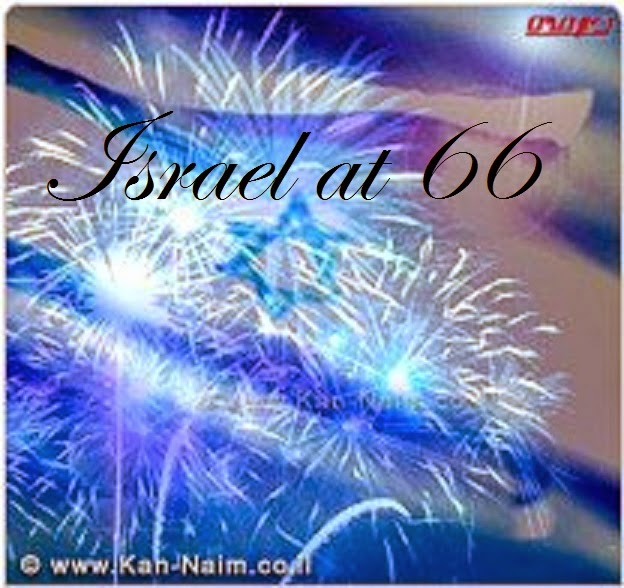 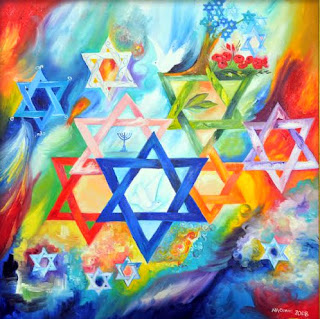 The 2 Spies
We are those living in the Land who ~ like Joshua and Calev~ are determined to bring a good report; for it is indeed a Land flowing with Milk & Honey.On this blog you can follow our musings about daily life here in the Land. We hope to encourage you to visit Israel, pray for Israel, support Israel and if eligible to make Aliyah.